Examples : Hotels, Hiking, Activity
Home / Experiences / Aperitif cruise in the Brehat archipelago
-A +A
Back to list 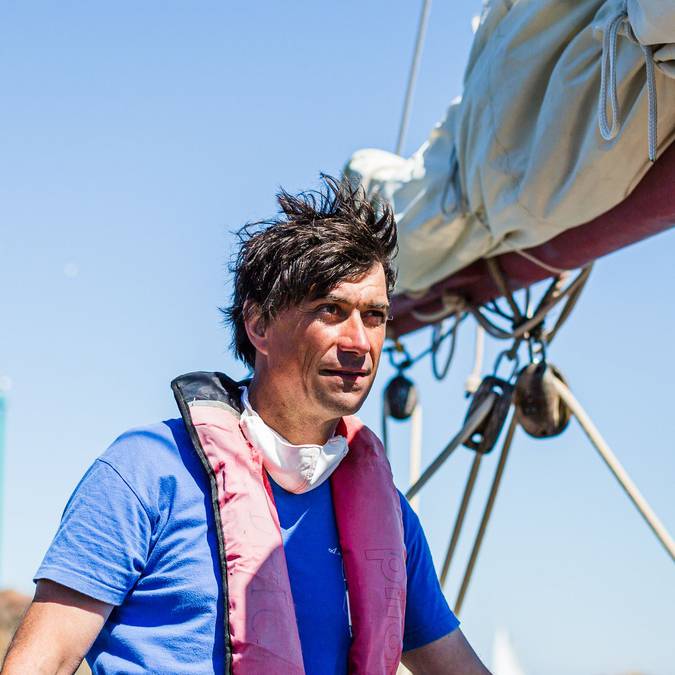 There are options for all ages, from discovery trips for first-timers to coastal cruises.  You can help out as a deckhand or even spend the night on board.  The choice is yours!

Details of cruises and boat trips 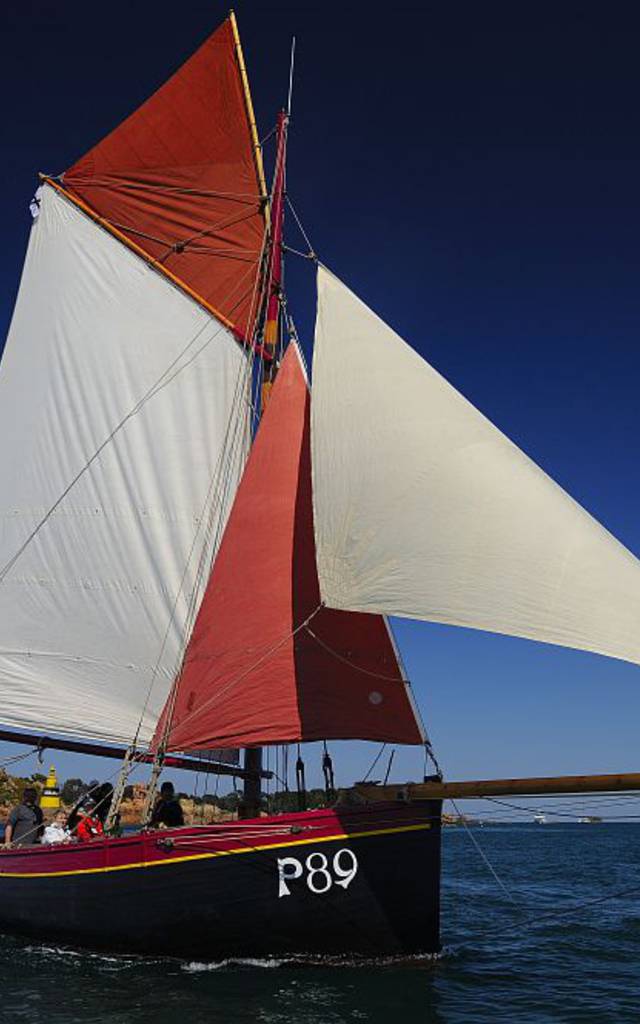 Explore the Bréhat archipelago on a typical Breton sailing boat against the backdrop of the setting sun, a glass of white wine in one hand and an oyster in the other...  A waking dream become reality, thanks to Voiles et Traditions.  We’ll tell you all about it.

Rendez-vous at the slipway at Loguivy-de-la-Mer

6 p.m, the slipway at Loguivy-de-la-Mer.  It’s time to climb aboard for a two-and-a-half-hour boat trip on the Enez Koalen, a beautiful sailing boat almost 10 metres in length, part of the fleet of Voiles et Traditions.  Built in 1989, the boat is a replica of the traditional lobster boats which fished for shellfish in the Bréhat archipelago at the beginning of the 20th century.

All smiles on board

Today there are 13 of us deckhands:  a German family, a couple from Alsace with their grand-daughter, and Yann, a Parisian restaurateur, with his parents.  One final sailor has come along to lend a hand:  Jean’s friend Didier, who’s reputed to know everything there is to know about local oysters.

The skipper’s good mood is contagious, and we leave the port of Loguivy-de-la-Mer in high spirits.

As we start our voyage we sail past the Vieille de Loguivy, a yellow and black beacon that marks the way for sailors.  Right from the start, the skipper cheekily tells us that we’ll be on first-name terms for the duration of the trip - that’s how it’s done on a boat!

We’re soon given plenty to do:  haul in the ‘fenders’ that protect the boat from bumps, raise the sail, take the helm...  All the passengers can join in if they wish.

During the trip, our two experts Jean (the skipper) and Didier tell us the history of this or that island.  L’île Maudez, for example, which belongs to a wealthy business owner.  Or l’île Saint Riom, the jewel of the bay, where a market gardener grows his crops. In the distance we can see the presqu’île de Pleubian and the Sillon de Talbert.  There’s no precise route for our trip:  “We let ourselves be carried along” says Jean.  “There’s no point hurrying, and besides, we wouldn’t want to spill our wine!”  Speaking of which...

The long-awaited aperitif time has arrived.  Didier gets down to work opening a whole basket of oysters, and gives advice on the best way to open them correctly.  Apparently, after enjoying the oyster you can throw the shell back in the sea “so it’ll fill itself up again.”  Oh really?

Oysters can be prepared in all sorts of ways, Didier won’t dispute that for a second.  “I’ve already prepared a meal based completely on oysters:  starter, main course, dessert!”  He’s happy to share his recipes.  Barbecued oysters with figs and saffron, or mediterranean-style with Cretan olive oil, Sichuan pepper and piment d’Espelette chilli pepper...  Interesting.  It would seem that one Breton restaurant serves oyster ice-cream.  “Love it or hate it - nobody’s indifferent,” comments Jean.  For sure!

Not to worry if you’re not a fan of oysters.  You can enjoy seafood rillettes from local producer La Paimpolaise Conserverie, with country bread.  All washed down by a glass of Muscadet. A real treat!  And with madeleines for the children on board, everyone’s happy.

Around 8 o’clock it’s time to think about heading for home.  Yann, who’s come along with his parents, steers for a while, before handing over to a little girl who’s delighted to take the helm.  It’s time to lower the sail, and a passenger asks which ‘rope’ he should pull on, causing much hilarity from the skipper and his first mate.  “We don’t use that word.  You can talk about a halyard or rigging, but not that.  In fact, there’s only one rope on a boat - it rings the bell for those who died at sea.”  Understood!

We arrive back at our departure point, tastebuds tingling and our heads full of beautiful images.  A most enjoyable aperitif cruise. 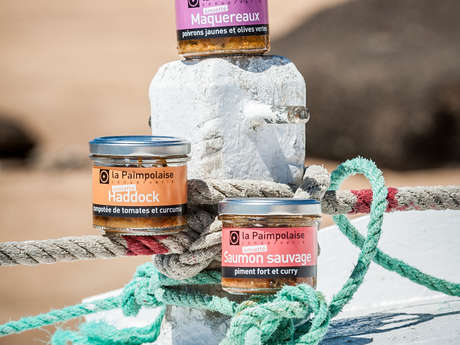 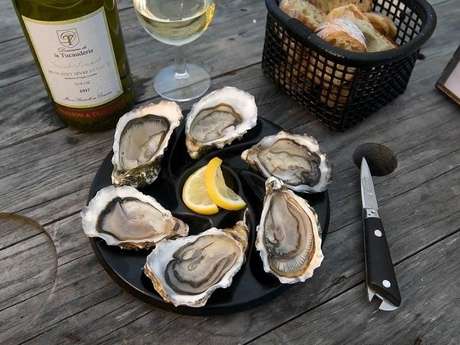 Producers of oysters in Paimpol since 1947. We sell our oysters direct to the public all year round at Kerarzic from Monday to Friday and in the port... 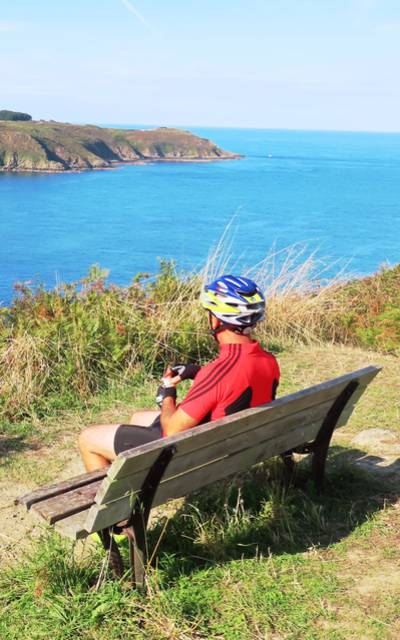 The highest cliffs in Brittany at your own pace 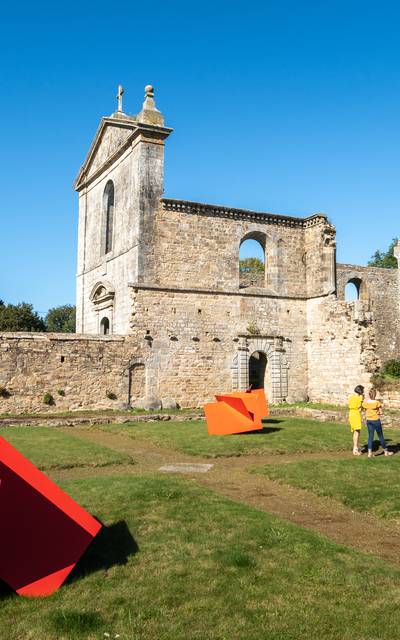 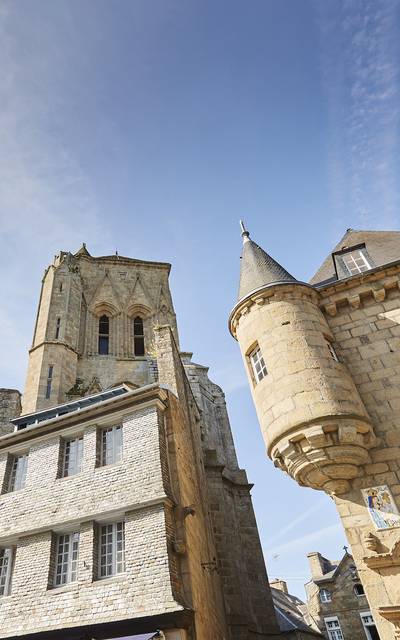 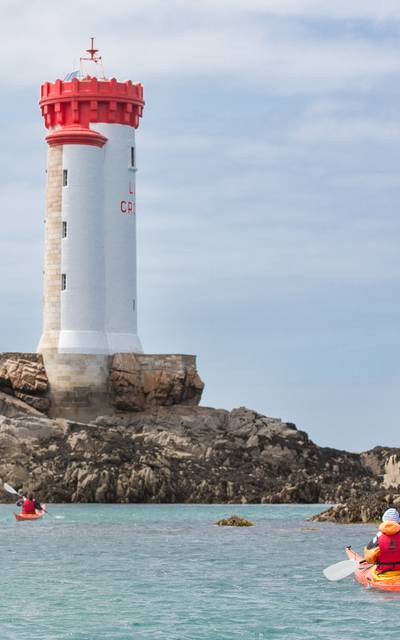